It is a busy weekend for activities around Delavan Lake, Wisconsin for February 16th, 17th, 18th and perhaps even the 19th.  Yes, it is an extended weekend because of the President's Day Holiday


Here is a List of Activities to Choose From 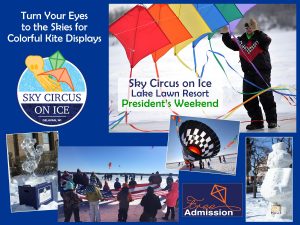 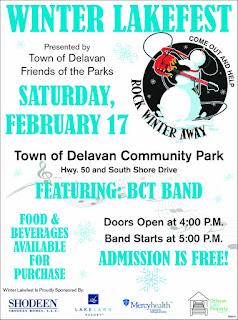 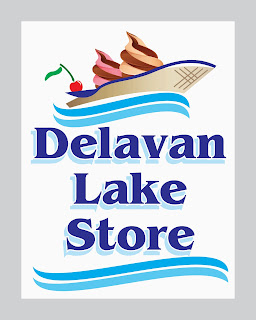 There will be free shuttle pick up and drop off on Saturday and Sunday from 9:30 am to 5:30 pm wetween Lake Lawn Resort, Delavan Comfort Suites, Delavan Super 8 and Downtown Delavan

Posted by Ryan Simons at 2:35 PM No comments:

2017 was an excellent year for Delavan Lake real estate. 25 lakefront properties changed hands which is the most sold in a single year since 1999 when there were 33 transactions.  The burst of activity has left inventories depleted and has created upward pressure on pricing.
Sales of properties with water frontage on Delavan Lake compared favorably to the last two years with 25 sales in 2017; 10 sales in 2016 and 17 sales in 2015.
When looking at just the main body of Delavan Lake, there were 17 sales in 2017, 8 in 2016 and 13 in 2015.  Prices ranged from $240,000 for a one bedroom cottage near Brown’s Channel to $1.9 million for a newer four bedroom South Shore residence with 126 feet of level frontage.
Lake access sales were also strong on Delavan with sales in 2017 of 46 units compared to 52 in 2016 and 37 in 2015.  Prices ranged from $48,000 for a two bedroom in the Delmar Subdivision to $657,500 for a three bedroom two-story along Assembly Park’s Gazebo Drive.
Delavan Lake condo sales increased with 21 sold in 2017, edging out 19 in 2016 and 15 in 2015. Prices started at $44,000 for a condo/hotel room in the Delavan Lake Resort and topped out at $310,000 for a three bedroom townhouse in Delavan Gardens off of North Shore Dr.
Current market homes
Strong 2017 sales have caused a shortage of available properties.  At the beginning of the year, there were only 33 lakefront or lake access properties available.  This is down from 37 in January of 2017 and 53 at the start of 2016
Prices for Delavan lakefront properties begin at $629,000 for a five bedroom walk-out ranch on the Delavan Lake Outlet to $2.9 million for an 8,500 square foot estate with 410 feet of steep frontage on Delavan’s North Shore.
For lake access homes, prices start at $87,900 for a one bedroom bungalow in the Delmar Subdivision and increase to $548,500 for a modern three bedroom two-story in Viewcrest Estates at the west end of the lake.
Current market condos
The options for condos with lake rights on Delavan are also limited.  At the beginning of 2018, there were 13 units available compared to 11 in 2017 and 14 in 2016.  Prices start at $49,900 for a one bedroom condo/hotel in the Delavan Lake Resort and increase to $284,000 for a beautifully appointed two bedroom townhouse in Geneva Landings.
Best value lake access
The best value for a Delavan Lake access home is located at 2808 Mabie Street.  This remodeled two bedroom is energy efficient with a new HVAC system, insulation and electrical.  Listed for $127,500, the property has a fenced yard, one car garage and lake rights that include a launch, pier, beach and two parks.
Best value lakefront
The best value for a Delavan lakefront property is located at 2804 Manor Lane and is offered at $799,000.  With its 100 feet of level frontage on the south shore, this four bedroom two-story has an open floor plan and expansive lakeside deck that is perfect for entertaining.
Best value condo


The best value for a condo is at 2172 Newbury Lane in the Geneva Landings complex. Priced at $199,000 the unit has a first floor master suite, newer flooring and two guest rooms in the walk out lower level.

Posted by Ryan Simons at 8:21 AM No comments: